More PvP! I got Fourteen for the Team and I’m half way into prestige level 15. The Unrelenting title describes my relationship with PvP in Legion really well. I will get to level 18 for the title even if it kills me! At least I hope I will..

I got through the Celestial Tournament for the second and the third time and got Master of the Masters. All the strategies worked so it was nice and easy. It gave me courage for the pet battle dungeons and I completed both! Pet Battle Challenge: Wailing Caverns was nerve-racking but I managed to finish it and after that, Pet Battle Challenge: Deadmines was actually fun. Poor Deadmines never catch a break. It’s the third time we had to go there and kick some bad people/pets. I’ll need to do all these things weekly to get all the rewards but it’s great knowing I can beat them. Bring it on, you tiny cute petsies!

I’ve been working on Family Fighter achievement and this is my progress after about a month:

It was so many battles and I’m not even close to having half of it done. And these pets are on Argus and always up. I have no idea how people actually do Family Familiar. /bow to all of you who have that achievement.

I went through Stormheim with my undead mage and my crush on Sylvanas is getting bigger and bigger. I just love her. And Genn is so mean! I’m not switching to Horde but I’m looking forward to playing both sides after I finish leveling my troll druid. I was already told off for playing Horde but don’t worry, I still bleed blue 🙂 I just want to see the story from both sides. For now. Never say never to Horde and their Banshee queen. And look at me! I’m so pretty!

I also started working on Sky Golem but one of the reagents have a daily cooldown so I’ll have it in 28 days. Or more than that because I’ll probably forget about it most days.

I’ve been doing Darkmoon Faire for the mount. I didn’t have a lot of tickets when I started saving them but I finally got to 1000. It’s so pretty! 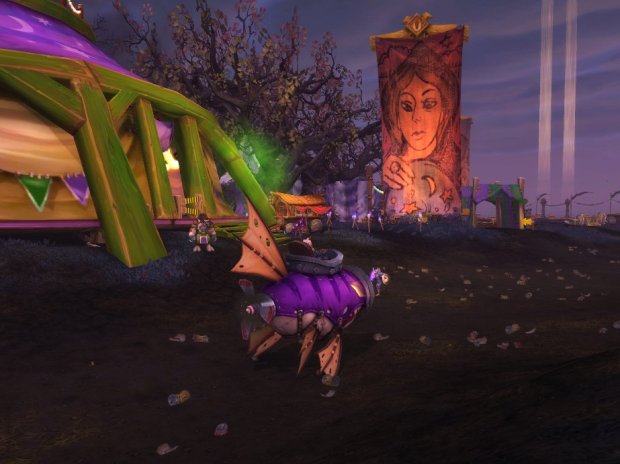 I now have 249 mounts and it’s driving me up the wall! So close! I need to go through my list of mounts I don’t have. I might find something I could get soon. But I hope I’ll tell you about getting my 250th mount in another one of these posts.

ICYMI: I created a list of podcasts I listen to. I’ll try to keep it updated and I might add other non-gaming podcasts I enjoy. There’s a lot of them.

2 thoughts on “The weeks with pet battling and new mounts”