I’m starting a series of posts about my Classic journey. I don’t think I’ll play Classic regularly so this series might be even more random that the rest of this blog and that’s saying something.. There might be more screenshots that usually because everything is so new (and also so ugly because of the old graphics)! I’m so excited!

Classic is here! I am going to wait until the initial hype calms down a bit before I get into it properly but I got an hour in there already. If you want to avoid queues, I recommend random insomnia and getting up at six in the morning on a Saturday. Actually, I don’t recommend that, insomnia sucks. But my human mage Anniy got a first few levels! Five or six, I think. I don’t actually know how many because I’m not at my computer while I’m writing this and I didn’t realise Classic WoW didn’t have Armory where I was going to check. That’s a lesson for next time and also my first thing I didn’t know about Classic. I expect that there’s going to be many more of those. (By the way, when I point something out, I don’t mean it as a criticism. I understand that Classic doesn’t have many quality of life improvements that retail has and it’s alright. I’ll fix the unbearable things with addons and accept the rest. I’m simply pointing out differences and things that surprised me.)

After race-changing my main on retail a few months ago, I missed playing a human a bit. Don’t get me wrong, I still absolutely love and adore my Kul Tiran, she’s the best ever, but I’m glad I have this character now. I’m getting cute amounts of reputation like 82 that look random. I didn’t realise how much I missed that until I saw it on my screen and almost melted. 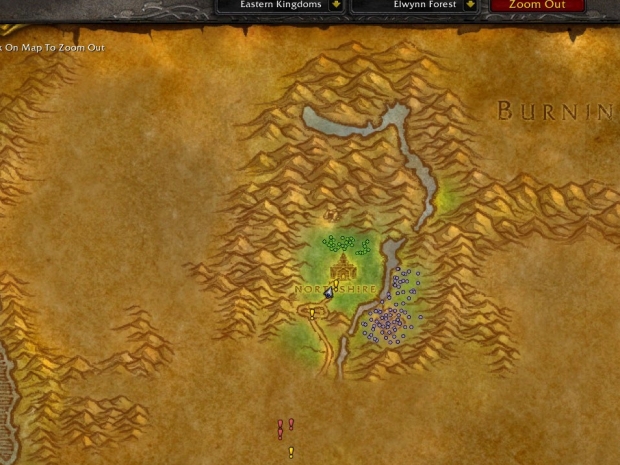 I did the first few quests during one of the stress tests so kobolds, wolves and evil Defias bandana people weren’t surprising to me. 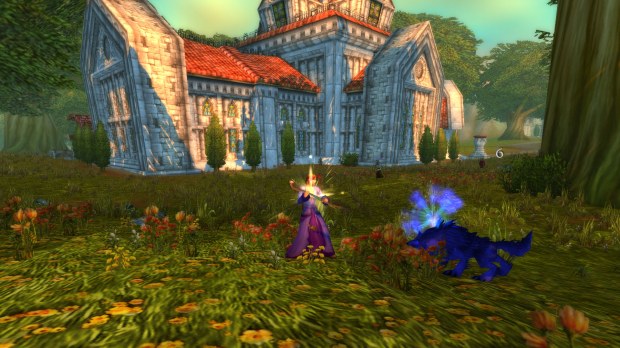 I was slightly creeped out by the mage trainer though. I did/will challenge the gods and other forces in the future version of this story but I’m just a teeny tiny mage now who doesn’t really know what she’s doing. I’m not prepared to challenge anyone yet!

Third thing I didn’t know about Classic is that spells you will be able to learn at higher levels are not in your spellbook. I wanted to know when I’d be able to make my own food and drink and forgot to check at the trainer so I still don’t know that. I’ll either have to pay more attention while playing or look up more things on the internet. Or just be patient and wait.

I skipped the quest that wanted me to go into a mine to see if I’ll get away with postponing it. Mines are scary. After that, I ran to Goldshire. 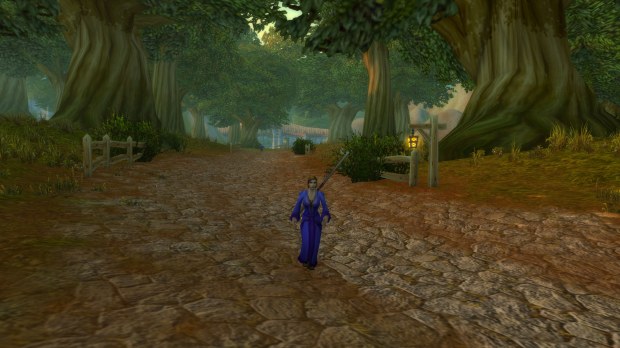 I met this cute and very ugly sheep. I love all the ugly animals!

I picked up quests there but I was getting near Stormwind and I wanted to explore it so I decided to quickly grab the Goldshire flight point and run to Stormwind and that was how I learnt second thing I didn’t know about Classic. Goldshire doesn’t have a flight point.

I didn’t get too far into exploration of Stormwind because I was getting surprised by all the changes. Look at this Auction House! It looks much more like a shady place than as a respectable business.

And the bank! I love the absolutely useless ropes for queues. I couldn’t resist going through them before accessing my bank. 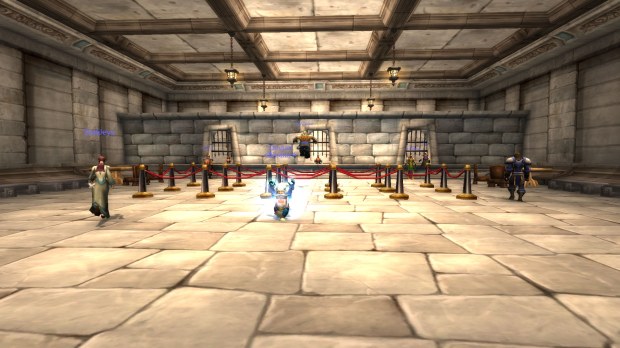 I haven’t decided on my second profession but my first is tailoring. I went to the trainer, learnt it and with it the fourth thing I didn’t know about Classic. No Professions tab. It’s just sitting there with all my random things. 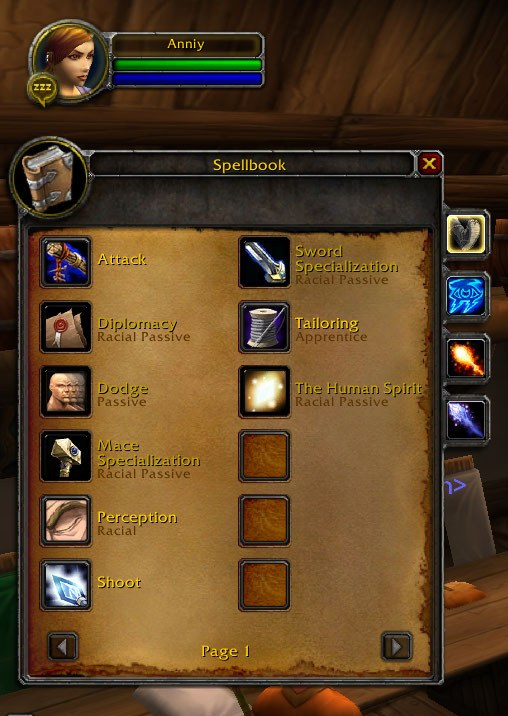 I’d heard a lot about the Stormwind park and it is indeed a beautiful place so I decided to log off there.

Next time, I’ll explore the rest of Stormwind, see if there are quests I could do and maybe take the tram to Ironforge and explore that city too.

I  want to keep track of my progress so I’m going to finish these posts with my level (if I remember to write down what level I actually am) and my /played.